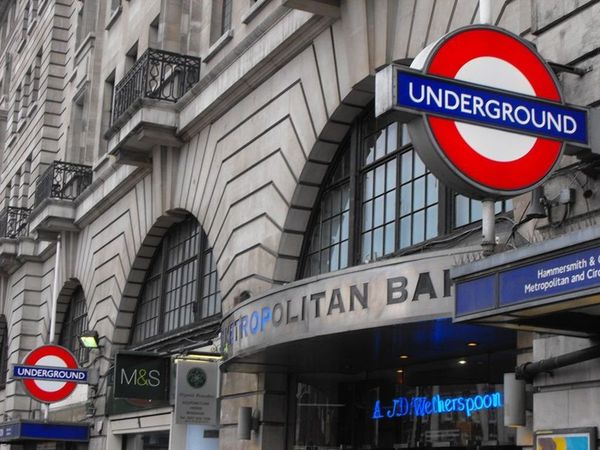 The pub is adjacent to the Marylebone Road exits from Baker Street underground station, although the entrance was obscured by scaffolding when I was last there. 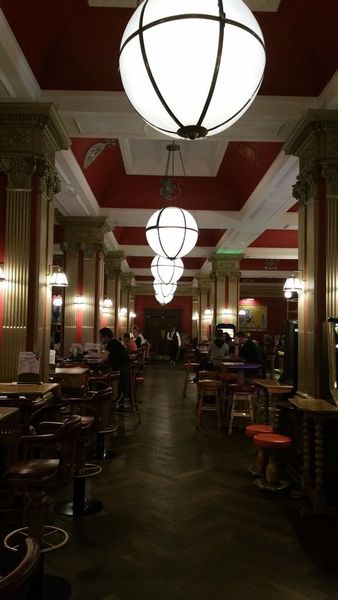 The Festival features Real Ales from 30 different brewers – including 5 from abroad (one each from Australia, South Africa, Spain, Sweden and the USA) – so there should be something to suit most tastes. You can sample any three of the Festival ales in third-of-a-pint glasses, for the same price as a pint.

The pub itself, which was fully refurbished around a year ago, offers a rather strange mix of Wetherspoon’s usual downmarket prices with the less typical upmarket surroundings. There’s an interesting range of artwork and memorabilia on display – here’s just one example from the ceiling, but there’s a lot more on the walls, both in the main bar and the smaller rooms on the way in. 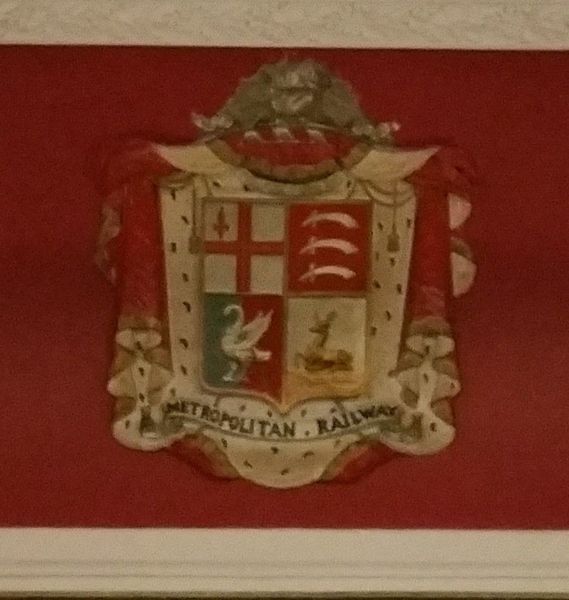