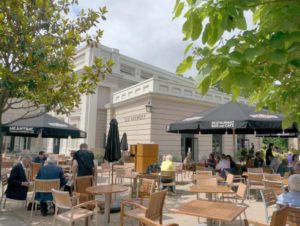 This pub crawl takes us to an area we haven’t been to before, starting at the earlier than usual time of 6.30 so that those who need to leave a bit earlier at the end of the evening to catch a train (see below) can still have a proper night out.

However, please note that by around 10.30 the service from Greenwich back into central London runs only once every half-hour and the last train leaves at midnight.