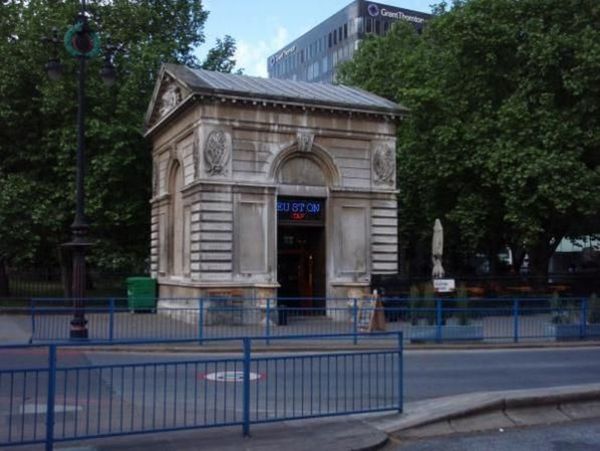 It’s only nine months or so since we visited this area but The Bree Louise is apparently under threat from HS2 so I didn’t want to leave it until it was too late before we came here again.

This time, I thought we’d start at the “other” Euston Tap in the East Lodge –https://whatpub.com/pubs/NLD/5933/euston-tap-london – which used to specialise in cider but now has a similar offering to the West Lodge (pictured above).

The nearest underground station is Euston – take one of the exits for Euston Road/Euston Square Station on to the Colonnade, then head down the right-hand side of Pret A Manger, past a building called “The Podium” and you’ll find the pub in the left-hand gatehouse, beyond the bus station but just before you get to Euston Road. It’s actually in Euston Grove, but only the most detailed maps will show that.

Card carrying CAMRA members get a discount of 50p a pint at The Bree Louise.