The George – https://www.greeneking-pubs.co.uk/pubs/greater-london/george-southwark/ – dates from the 17th century and is London’s last remaining galleried coaching inn. It is a Grade I listed building, owned by the National Trust but leased to Greene King. There are various separate bar areas so I’ll put a comment up on the site shortly before the start of the event to let everyone know where to find us.

The plan is to move on to The Globe Tavern, 8 Bedale Street, SE1 9AL,
– http://www.theglobeboroughmarket.com/#the-bar-home – best known for its part in Bridget Jones’s Diary, at around 8.45 and then The Rake, 14A Winchester Walk, SE1 9AG, – http://www.utobeer.co.uk/the-rake/ – previously the cafe for the traditional local market, at around 10.00.

There are several options for those who want to stay out a bit later including the Wheatsheaf, 6 Stoney Street, SE1 9AA – http://www.wheatsheafborough.co.uk – and The Southwark Tavern, 22 Southwark Street, SE1 1TU – https://www.thesouthwarktavern.co.uk.

This pub crawl takes us to a part of Covent Garden we haven’t been to before, starting at The Lamb & Flag, 33 Rose Street, WC2E 9EB – http://www.lambandflagcoventgarden.co.uk – an historic pub now run by Fuller’s. 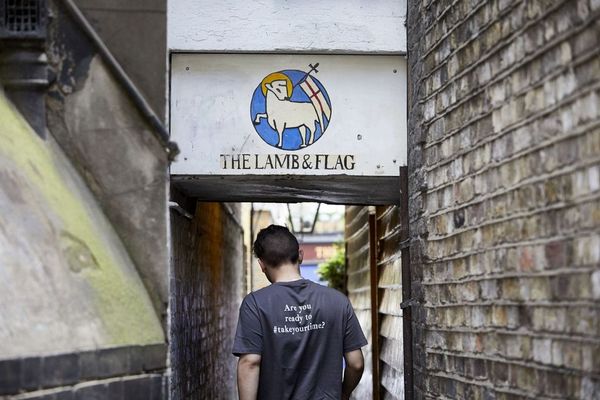 The nearest underground stations are Covent Garden and Leicester Square.

From Covent Garden, turn right out of the station and then right again into Floral Street. About 200 yards along Floral Street, just after you reach TK Maxx, turn left into Lazenby Court, an alleyway which takes you straight to the pub.

From Leicester Square, take exit 4 for Covent Garden and turn left out of the station. At the junction with St. Martin’s Lane, bear right into Garrick Street, take the first left into Floral Street and then the first right into Rose Street. 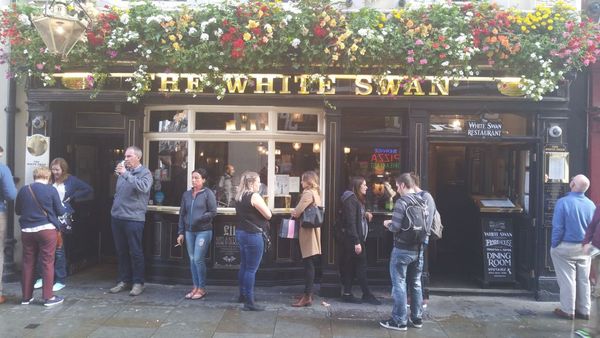 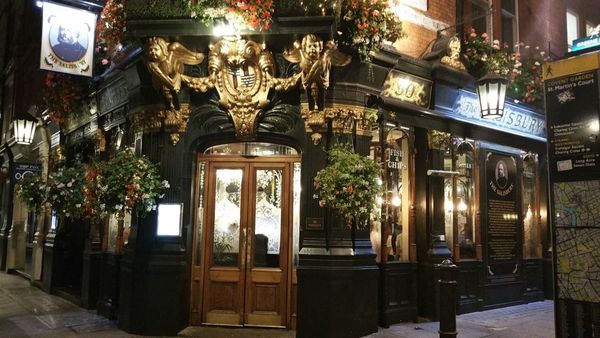 As ever we may need to do things differently on the night, possibly more so than normal because this is a busy area at the best of times.

Other pubs on the same route include The Round House, 1 Garrick St., WC2E 9BF –  http://www.roundhousecoventgarden.co.uk – and the Round Table, 26/27 St. Martin’s Court, WC2N 4AL – https://www.greeneking-pubs.co.uk/pubs/greater-london/round-table/ – so we may well end up in one of those.

The Fitzroy Tavern – https://whatpub.com/pubs/WLD/16539/fitzroy-tavern-london – is a Sam Smith’s pub which re-opened in 2016 following a lengthy refurbishment intended to restore it to its original late nineteenth-century state. There are several separate bar areas so I’ll put a comment up on the site shortly before the start of the event to let everyone know where to find us. 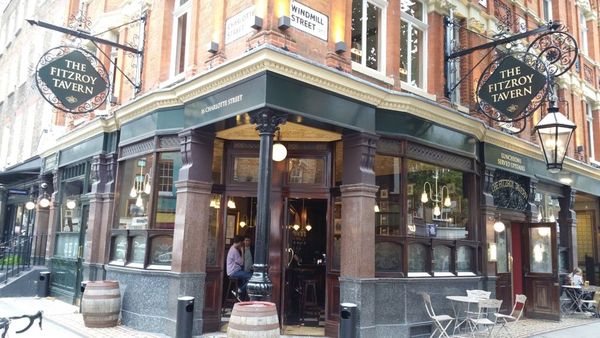 The nearest underground station is Goodge Street. Turn right when you leave the station and walk down Tottenham Court Road for about 250 yards until you reach The Rising Sun pub. Turn right into Windmill Street and you’ll find The Fitzroy Tavern straight ahead of you on the corner of Windmill Street and Charlotte Street, directly opposite the Charlotte Street Hotel. Tottenham Court Road underground station is also fairly close. 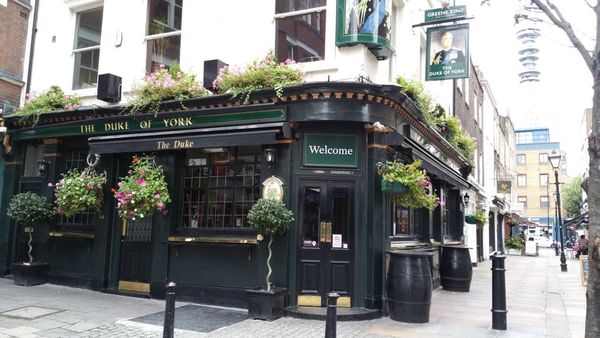 The Duke of York in Rathbone Street is reputed to be the only pub in the world with a sign depicting a living member of the Royal family. Apparently, this would normally breach Royal protocol but Prince Andrew, the current holder of the title, gave permission for his likeness to be used in this particular instance. 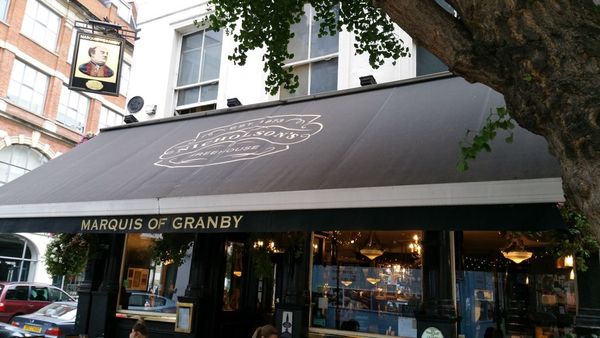 By contrast, The Marquis Of Granby, a successful and popular 18th Century military commander, is said to have more pubs named after him than any other person, thanks to the generosity he showed to the officers who served under him, by setting them up in the pub trade when they reached the end of their service.

All three of these pubs close at 11pm but The Draft House, Charlotte, 43 Goodge Street, W1T 1TA – http://www.drafthouse.co.uk – should be open until midnight. 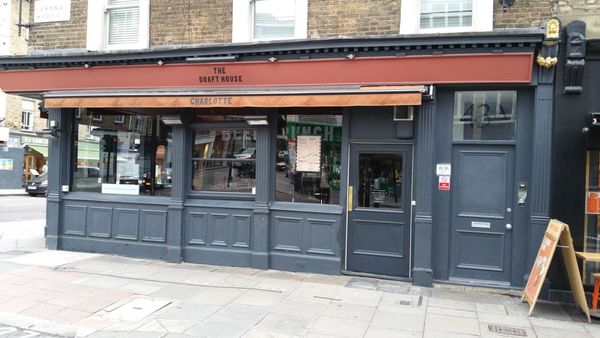