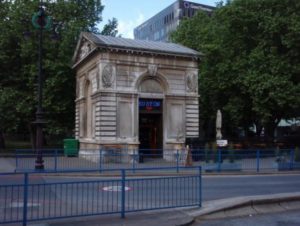 It’s almost two years since we came to this area, so another visit is long overdue.

We’ll be meeting at the Euston Tap – http://www.eustontap.com/. The nearest underground station is Euston – take one of the exits for Euston Road/Euston Square Station on to the Colonnade, then head down the right-hand side of Pret A Manger, past a building called “The Podium” and you’ll find the pub in the right-hand gatehouse, beyond the bus station but just before you get to Euston Road. It’s actually in Euston Grove, but only the most detailed maps will show that.

Card carrying CAMRA members get a discount of 50p a pint at The Bree Louise. 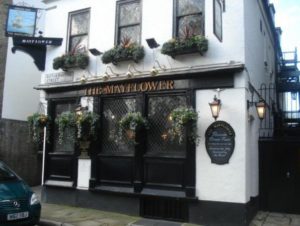 This pub crawl takes us to another area we haven’t been to before starting at The Mayflower, one of London’s most historic pubs, now named after the ship chartered by the Pilgrim Fathers for their voyage to America in 1620, which left from here before calling in at Plymouth en route to the New World (although the pub has had at least two previous incarnations as the Spread Eagle and The Ship).

The Mayflower – http://www.mayflowerpub.co.uk – is just a short walk from Rotherhithe station on the London Overground network. Turn left as you leave the station and then immediately left again into Railway Avenue. Walk all the way to the end of Railway Avenue, passing the Brunel Museum, turn left into Rotherhithe Street and you’ll see the pub about 50 yards ahead of you on the right.

Coming from central London, probably the easiest way of getting there is to take the Jubilee line to Canada Water. From there it’s an easy change on to the London Overground which is, in fact, running underground at this point. Rotherhithe is only one stop northbound and it takes about two minutes from Canada Water.

The pub itself seems to have had a bit of trouble finding the right bar staff of late: 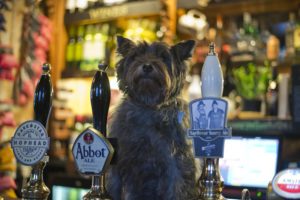 but, hopefully, they’ll have that sorted out by the time we get there.

Please note that there will no real ale available at The Angel. Although I wouldn’t normally contemplate going to a pub that doesn’t serve real ale, the views of the river from here are so spectacular I think it is worth making an exception just this once, even if we don’t stay quite as long as we might have otherwise. Don’t forget your cameras!